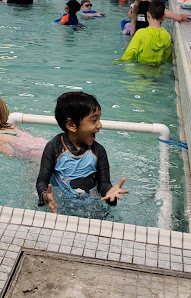 Swimming is a sport enjoyed by tons of people all over the world. Today, my brother Anuraag, who is three, had his very first swim class, at the Julius Boehm Pool, in Issaquah, Washington. Anuraag is a very stubborn person, so since it was his first time in water, we didn't know whether or not he would get in the pool. But our suspicions turned out to be wrong, because he jumped in the water immediately, and attempted to blow bubbles. Anuraag's class had two other kids, girls, and one instructor, Kate (maybe). She told them to play and gave them pool toys so that they would be comfortable in the water. But they didn't start in the main pool directly. Instead, they were in a high leveled section, which was barred off from the main pool. This section's height enabled them to stand up, without completely being submerged in the water. Once everyone was comfortable, the instructor told them that she would hold them in the main pool, so that they could feel relaxed in deeper water. This too, everybody did.  But that's when Anuraag got a little water in his ears and said that he wanted to go back into the barred section. But before anyone could do anything, he jumped headfirst into the high floored pool. He wasn't hurt, but maybe he got scared, because when it was time to go into the big pool again - this time to float with the instructor holding you - he refused. No matter what anyone said or did, he said no. But personally, I think he was off to a great start, (especially for a first time) and maybe he will feel braver tomorrow.
Pictures 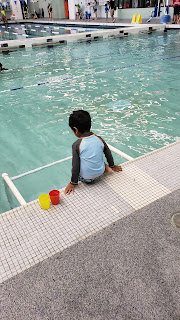 In the pool for the first time 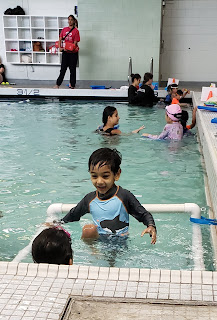 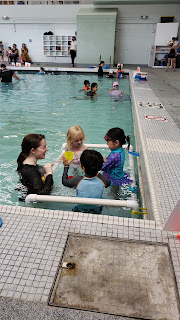 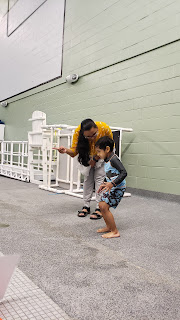 Popular posts from this blog

Top 15 Places to Go in Washington 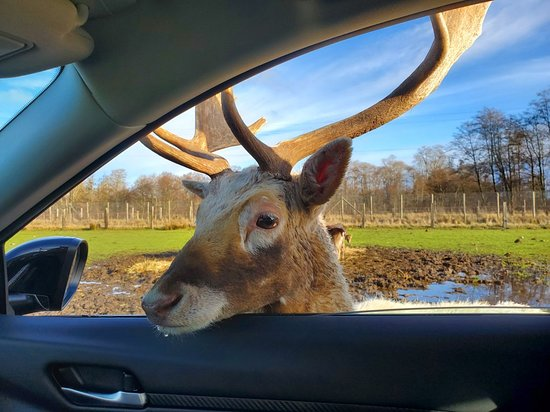 Top 15 Places to Go in Washington  When you're looking for a little bit of everything, Washington State is your place to go. It has everything from snow to sun, with activities for both people who love the great outdoors, and those who prefer to stay inside. This post will contain the top 15 places to visit in Washington State. Olympic Game Farm  If you love animals, but would rather just stay in your car, then The Olympic Game Farm was made just for you. It is a drive-through wildlife exhibit, where animals come right up to your vehicle.  The most exciting part is that you can feed the animals, they eat right out of your hand! It is fun for the entire family. Hoh Rainforest Located on the Olympic Peninsula in western Washington, the Hoh Rainforest is one of the largest temperate rainforests in the United States. It contains abundant wildlife and has beautiful trails for hikers. It is considered the ‘most well-preserved temperate rainforest’ and is home to some of Earth’s largest t
Read more