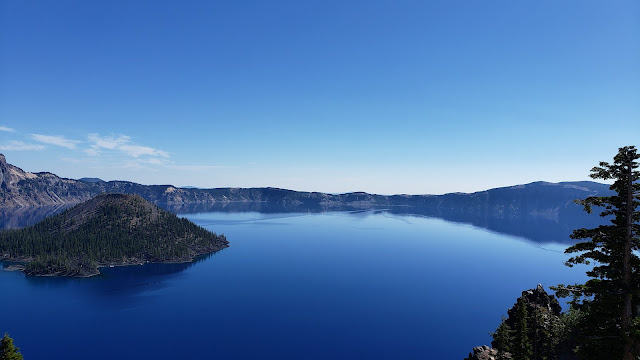 This summer, me and my family decided to go to Oregon, on a 4-day road trip. We went to one of the deepest lakes, took selfies with cheetahs, and survived each other's company while being crammed into a car. This is our trip:

We found out about our trip on Sunday, August 7th. Amma and Nanna had planned our entire itinerary out, to the very last detail. We spent around 45 minutes learning every single detail of our trip, including where we would be staying, which were two Airbnb's which I will describe later. Over the next week, everybody packed nonstop, and planned what they should bring. Anuraag got binoculars, and we got card games. Everyone was excited. We had a few disagreements, but in the end, everything worked out.

Day One: The Car

Our first day of the trip was exciting, to most. I wasn't feeling well for the first few hours, so I didn't have much fun at the beginning. It was a long drive, almost 8 hours. We started at 8 in the morning, after fitting everything in the car. We took a scenic route and had pulihora for lunch. It was very beautiful outside, and soon, we stopped by Safeway take a short break. There we got cone ice creams and ate in the car (I had two).  After that, Anuraag slept, (thankfully), and me, Amma, Nanna, Mamma, and Anarghya played Guess in 10: Cities, which is card game, that when one person gives clues, the others have to guess the city it corresponds to. We did that for an hour, and soon after, reach our first Airbnb house. It was a 1 story building, on a hill, surround by acres of ranch. The building itself was rustic and cozy but had a lot of spiders. We rested and enjoyed the house until dinner, which was aloo fry. After dinner we went outside and saw the most beautiful night sky with comets (or satellites, still up for debate).

The next day was super fun. We woke up early and freshened up. Then we had upma for breakfast. At around 9 or 10, we left the house, which we dubbed 'Julie Ranch', and headed to Crater Lake, an icon of Oregon. Crater Lake used to be a towering volcano named Mt. Mazama. But one day it erupted and blew its top off. Centuries of rainwater collected in the crater, thus Crater Lake. Crater Lake is also the deepest lake in the U.S. Once we arrived there, we went around the crater, and stopped at every viewpoint to take photos of the breathtaking view. There were even cute chipmunks there which Anuraag loved. Nanna wanted to see the lake from every angle for another reason. He was planning on coming back at night and taking photos of the Milky Way. A couple hours later, we went back to Julie Ranch. There we had lunch and rested for the midnight trip. On our way back to Crater Lake, we picked up some Subway's for dinner. sadly, me and Anarghya didn't get to see the Light Pollution 1 night sky (which is really really clear), but Amma said there was some sort of fog and that it wasn't that great anyway.

This was one of the best days ever. In the morning, we had to pack everything because it was our last day at Julie Ranch. After that we got in the car and headed back to Crater Lake so that we could take more photos (WHY?). That's when my glasses fell and Amma heroically jumped after them to save them from the chipmunks. The we drove for three hours to the next house, which was an amazing one story that looked like it came out of a magazine. We ate lunch here, fried rice, and then we went to the safari. The Wildlife Safari was only 5 minutes away, and we had a lot of fun there. We saw small, cute animals at the village, then we saw lions and cheetahs and elephants in the drive thru. There was an adorable, if not large, black bear, hidden lions, and magnificent elephants. Anuraag sat in the front seat. Then we went home and me Anarghya and Anuraag ate Maggi.

Even though it was the last day, we made some great memories. In the morning we went back to the safari, this time to take a selfie ... with a cheetah. Her name was Machuma, said as Machumba. She was energetic, and really cute. While we waited for the pictures, we went through the drive through again, but it was by 'smartly definitely not tricking ' the ticket person. Then we saw giraffes, which were amazing. Then we saw the bull/yak/bison thing that Anuraag screamed at, so it bellowed back. Then we quickly left before it came running after Mamma's red sari. We saw the lions and elephants again too. After the safari, we headed home. And after a lot of driving we stopped at Maruthi, in Portland, for dinner. Me and Anarghya played the number plate game, and we finally arrived home, and ate ice cream again. Everyone was really happy to be back because there is no place like home.

Popular posts from this blog

Top 15 Places to Go in Washington

By Ananya May 22, 2022
When you're looking for a little bit of everything, Washington State is your place to go. It has everything from snow to sun, with activities for both people who love the great outdoors, and those who prefer to stay inside. This post will contain the top 15 places to visit in Washington State. Olympic Game Farm If you love animals, but would rather just stay in your car, then The Olympic Game Farm was made just for you. It is a drive-through wildlife exhibit, where animals come right up to your vehicle. The most exciting part is that you can feed the animals, they eat right out of your hand! It is fun for the entire family.   Hoh Rainforest Located on the Olympic Peninsula in western Washington, the Hoh Rainforest is one of the largest temperate rainforests in the United States. It contains abundant wildlife and has beautiful trails for hikers. It is considered the ‘most well-preserved temperate rainforest’ and is home to some of Earth’s largest trees. And to add to the s
3 comments
Read more

By Ananya November 27, 2022
It is said that there is no sound in space. But radio astronomy allows people to literally listen to it. “Radio astronomy is the study of celestial objects that give off radio waves” (NSF). It is a branch of astronomy solely focused on the ‘radio’ part of the electromagnetic spectrum. Using this, scientists’ study celestial objects which give off radio waves. Radio astronomy helps people analyze cosmic happenings that are invisible on the electromagnetic spectrum. It’s the study of the universe using radio emissions.  History      Radio astronomy started in 1932, when Karl G. Jansky, engineer, solved a puzzling problem: there was noisy static that was interfering with the short-wave radio for the transatlantic voice communications. After trying to find the source for moths, he discovered that it was moving across the sky. After discussing with some astronomers, he found that some radio waves from outside the solar system – in the center of the Milky Way – were the cause of the pro
Post a Comment
Read more

By Ananya May 18, 2022
Hi! I'm Ananya Denduluri. I live with my parents, my little sister, and my little brother, in Washington, United States. I love art (painting, drawing, crafting, and even things like animating or 3D art), reading, traveling, and donuts . I also love being in nature in general and enjoy hiking, biking, and swimming. I love to learn new things, and that's what I am using this blog for: to share what I learn. I love science in general, especially things people don't know a lot about, like space, or the ocean.  I love to spend time with my family and go on trips with them. We love to watch movies and play board games  too.
Post a Comment
Read more